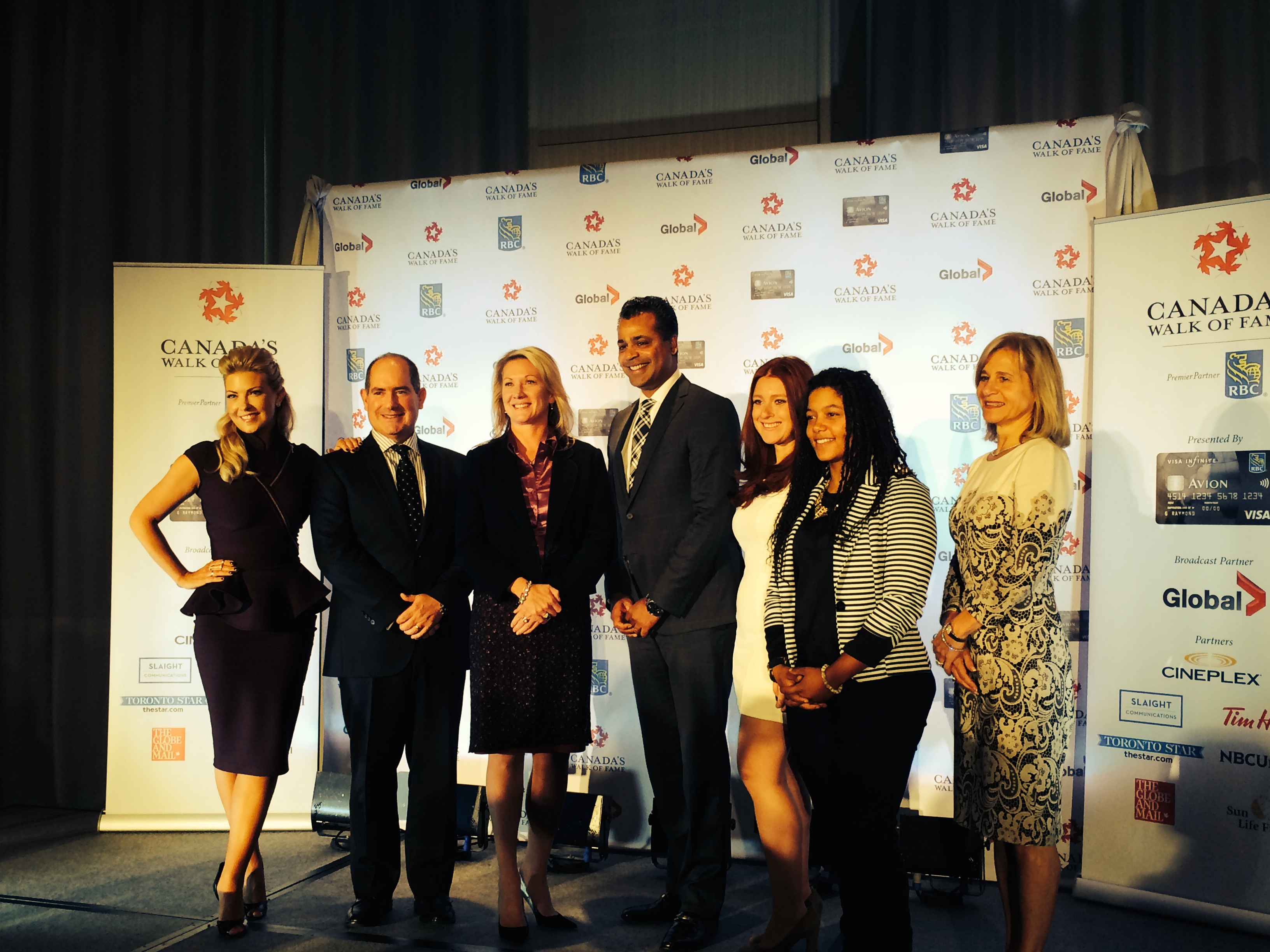 The FOUR SEASONS HOTEL was the venue for today’s announcement of the 2014 inductees to CANADA’S WALK OF FAME.

It was sponsored by the National Premier Partner RBC and Shaw Media and in partnership with RBC Visa Infinite Avion.

This year’s celebrated group was chosen over a twelve month gruelling process of deliberations.  These outstanding Canadians have excelled in their fields and made notable contributions to Canada’s cultural legacy, will walk the Canada’s Walk of Fame Yellow Carpet, sponsored by SunLife Financial.

The event was hosted by ENTERTAINMENT TONIGHT’S HOST CHERYL HICKEY.

The announcement also featured the performance of the  2014 RBC Emerging Artist Music Mentorship Prize winner NEFE from Guelph, ON.

NEFE is a blues and pop-style singer/songwriter who is currently working on her first CD.  As the Grand Prize winner she will receive a cash prize of $25000.00 along with performance opportunities at Canada’s Walk of Fame events.  Her performance had the room at a standstill.

Following NEFE’s performance it was time to announce this year’s inductees!

The following remarkable individuals  will join Canada’s Walk of Fame’s long list of celebrated Canadians, bringing the total number of inductees to 157.

In addition, it was announced that R&B sensation THE WEEKND will receive this year’s Allan Slaight Award that recognizes young, inspirational Canadians who have achieved international success.  THE WEEKND will be honoured along with this year’s inductees during the Canada’s Walk of Fame Show.

Canada’s Walk of Fame was established in 1998, it aims to celebrate Canadians who have excelled in music, sport, film, television as well as the literary, visual, performing arts, science and innovation in order to engage and inspire the next generation.  Each inductee is immortalized with their names forever cemented into the sidewalks of Toronto’s Entertainment District.

The actual awards will be taking place Saturday October 18, 2014 but the two hour special will air Nationally on Global Television & Slice , Friday December 19, 2014.

For more information go to www.canadaswalkoffame.com