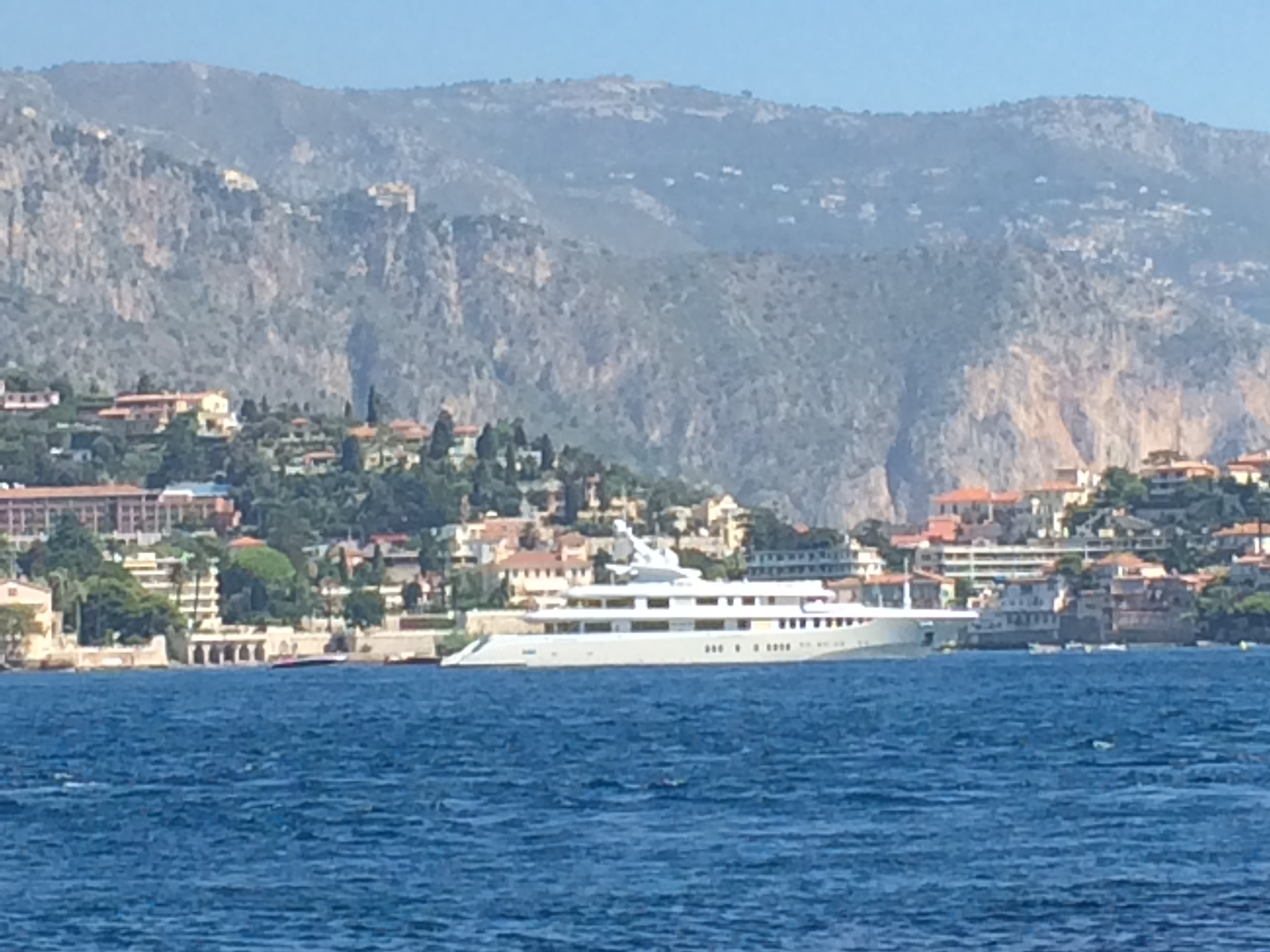 Our first stop was Villefranche, France.  Breathtaking from the moment you disembarked from the ship.   Villefranche, also known as Villefranche-sur-Mer, is your gateway to the one of a kind French Riviera.  The French Riviera also referred to as the Cote d’Azur ( Blue Coast), offers beautiful beaches, remarkable weather and medieval communities along the way.  This bustling little French town has its own unique charm.

Villefranche offers long sandy beaches, terrace cafes, world -class cuisine and spectacular views. During your visit we made sure to tour nearby neighbours: NICE, CANNES & MONTE CARLO.   We hoped on the train that was located a short walk from the port.  Only 3 miles away from Villefranche is Nice, the “capital” of the French Riviera.

If you wanted to visit the Casino in Monte Carlo make sure you are not wearing shorts!  A smart dress code is enforced, no shorts or ope-toed shoes allowed.

This is definitely a playground for the rich and famous!

Stayed tuned for more adventures next week in Santorini, Greece. 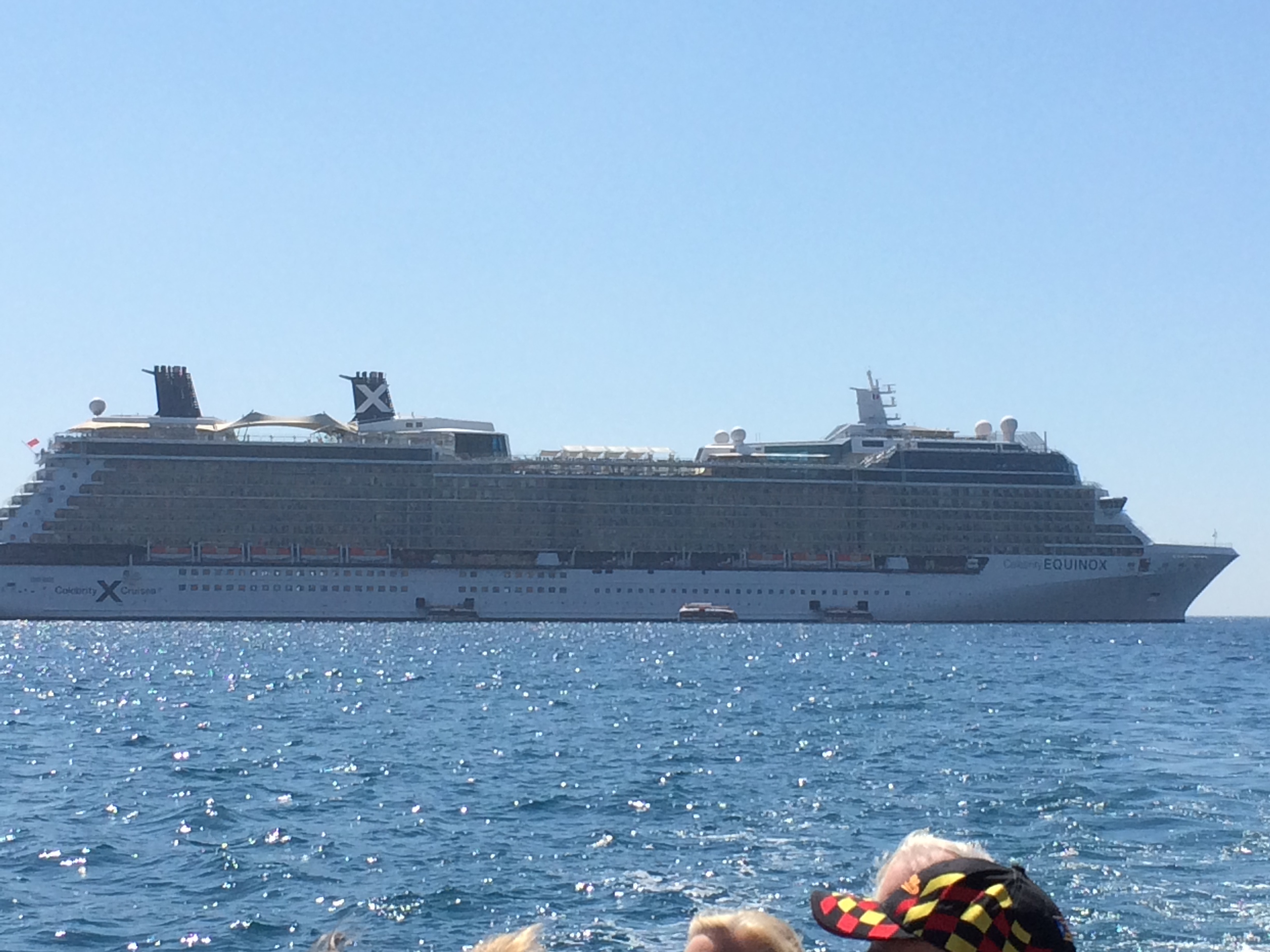 This year my folks celebrate their 50th wedding anniversary. So we thought it would be fitting for a family trip to Europe.  In August we packed up the kids, hubby and of course my parents and headed off to Europe for the adventure of a lifetime.

We decided on a 12 day cruise it was the best way to hit various ports of call without packing and unpacking.   The last time I went to Europe was on my honeymoon 16 years ago!  It was time to see what I have been missing.

We arrived a few days early in Barcelona, Spain.  The city really comes alive in the area of La Rambla.  It is a street in central Barcelona, popular with tourists and locals alike. A tree-lined pedestrian mall, it stretches for 1.2 kilometres connecting Plaça de Catalunya in the centre with the Christopher Columbus Monument at Port Vell.  It is home to many tapas style restaurants .

We stayed at a beautiful hotel in the heart of town called Hotel Catalonia Passeig de Gracia.  Located on Gran Via de les Corts Catalanes, 644, 8007 Barcelona, Spain.  We booked on-line with  www.Bookings.com.  Very easy to book on and you can cancel without penalties at a reasonable time frame.

The hotel was family friendly, clean and modern in decor.   The breakfast was amazing.

My boys became major soccer fans during World Cup this summer so it was a must to stop at FC Barcelona museum & Camp Nou stadium.

If you can see Barça play a home match, then that is the best Camp Nou experience but the museum is worth a visit. The Camp Nou stadium and FCB museum are among the most popular attractions in Barcelona attracting millions of visitors a year. Camp Nou has the one of the largest Nike stores in Europe packed with Barca merchandise. Unmissable for football fans. Visitor tip. You can buy cheaper FCB shirts and scarves at market stalls outside the stadium on match days.

The Magic Fountain is a “must see” Barcelona attraction. You have never seen a fountain like this. It really does feel magic to experience the beautiful show of water, light and music. The Magic fountain was built in 1929 as one of the main attractions for the Barcelona World Fair and the Font Magica is still one of the most famous spots in Barcelona with an estimated 2.5 million visitors annually.

These were just a few stops we enjoyed in Barcelona there are many things to see in this beautiful city.   Our next stop was the Port of Barcelona where we embarked.  Our home for the next 12 days was the Celebrity Equinox Cruise ship.

Next week I will continue our journey through Europe……..