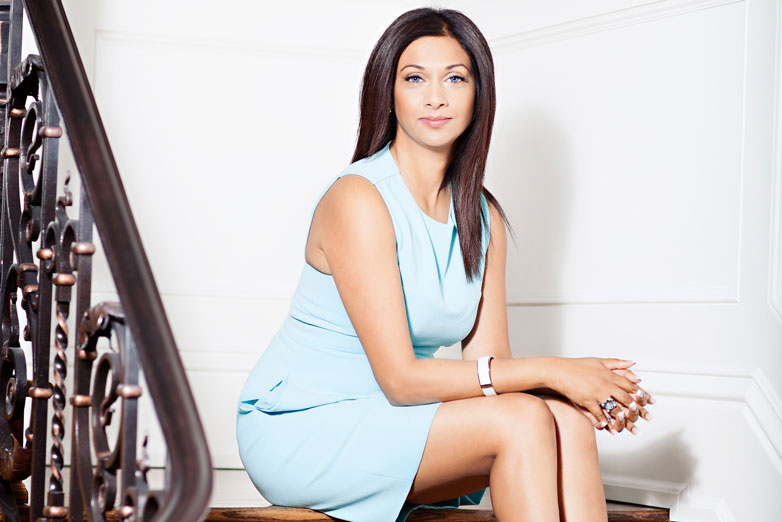 At the heart of it, Karen Johnson is a storyteller with an extraordinary ability to engage an audience.

Karen is a sought after media personality, reporter, producer, news writer, speaker and emcee. A native of Toronto, Ontario, Karen’s notable career in front of and behind the camera began in 1993 and she has been an avid face in the media since.  While Karen spent the bulk of her career as the face of Canada’s The Weather Network, Karen currently serves as a weather anchor & reporter for CBC Toronto and Windsor.  You can also hear her weather updates on CBC Radio Show “Here and Now”.

In 2014 she joined CHCH TV in Hamilton, Ontario as a fill in Weather Anchor and Live Eye Reporter.

In 2013, Karen filled in as a weather anchor on Canada’s most watched morning news show Canada AM,on CTV.

Karen’s warm personality and introspective nature has helped her navigate a notoriously difficult industry to break into. After graduating from Humber College’s broadcast journalism program, The Shopping Channel gave Karen her first opportunity to showcase and hone her on-air skills. Karen’s enthusiasm and professionalism led to a reporting position for Omni’s news division, from there the station created a new entertainment show “Bollywood Blvd” featuring Karen as the host. From Red Carpet Premieres  Karen  then landed the Station’s premiere cooking show, The Veggie Table.  The show gave her an unexpected opportunity to hone her skills in the kitchen, which blossomed into a full-blown love of cooking and into her spinoff cooking show currently in product, The South Asian Tasting Table (www.thesouthasiantastingtable.com).  The Veggie Table has aired nationally and internationally for over 13 years and continues to air in around the world in syndication.

In 2015, with her good pal and former colleague Anjum Nayyar – who is the CEO and publisher of the first on-line magazine “MASALAMOMMAS.COM” for today’s moms and mom-to-be with a South Asian connection. They created a web series of the on-line magazine that debuted Fall 2015 on Youtube.

In 2017, Karen Johnson CBC Toronto as the Weather Anchor/Reporter for the evening news along side News Anchor
Dwight Drummond for the 6pm news cast and Mike Wise for the 11pm. She did double duty as the weather anchor for CBC Windsor’s 6pm daily newscasts. Karen had many roles at CBC, she joined the “Gill Deacon Show”, on 99.1FM for the afternoon drive home 3-6pm. Karen provided weather reports and participated in the round table discussions.

Always looking for new opportunities in 2020, Karen joined 105.9FM The Region as the Morning News Anchor on the
“Jim Lang Show”. You can hear her newscasts every half hour from 6-11am.

Along with her busy and perpetually growing career, Karen makes ample time for her family. Karen loves being a mom. She is married and has two boys.  Always finding time to give back to the community she volunteers as a manager for her son’s soccer team. Karen loves to entertain in style, so if you get that invitation make sure you attend her event.

Not everyone can parlay one small opportunity into a lasting career and Karen has managed to succeed where many haven’t.  Her curiosity and love of gaining new insights and knowledge make her a versatile reporter and host who effortlessly holds her audience’s attention whether it be in a hard news story or entertainment and lifestyle interview.

Karen is represented in the USA by DB & Associates: David Brunner and AMP Talent in Toronto.